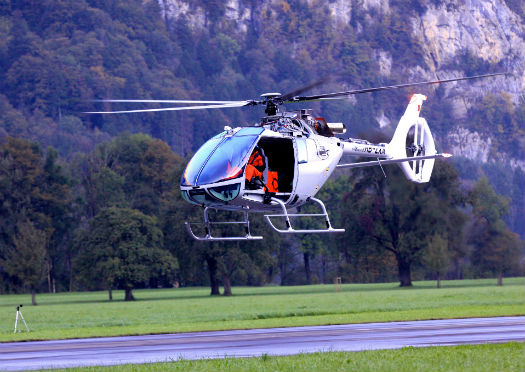 Marenco has carried out the first flight of the light single-engine SKYe SH09. Marenco Swisshelicopter Photo

From the heart of Switzerland, on the airport of Mollis, Marenco Swisshelicopter completed the first flight of its SKYe SH09. The SKYe SH09, the latest generation of high performance light single-engine helicopter, has achieved its first flight with chief test pilot Dwayne Williams at the controls, maneuvering the prototype aircraft in hover in five test flights that lasted approximately 20 minutes.

Martin Stucki, designer, founder and CEO, was pleased to inform that the first flight had confirmed the preliminary flying and handling characteristics of the aircraft: “This is a milestone in the development of our program and this success has followed the extensive component testing-phase and quantity of Ground tests performed in the last weeks and months.” 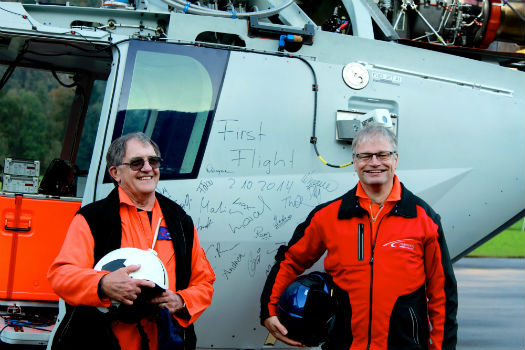 The SKYe SH09 features a full composite airframe as well as all-composite main rotor and tail rotor blades; it is equipped with glass cockpit avionics systems and the powerful HTS-900-2 engine from Honeywell. Mathias Senes, chief commercial officer, describes that among all features, the SKYe SH09 helicopter is being developed as a true “vertical takeoff platform” that will ensure, for our clients and operators, the highest levels of usability and multi-mission capabilities. The SKYe SH09 is scheduled to enter in production within the next 12 to 16 months. Marenco Swisshelicopter holds more than 50 orders and agreements on the aircraft. 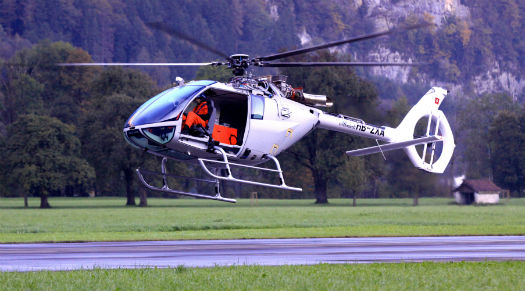