What was supposed to be a typical day of flying in Wenatchee, Washington, for Samantha Poirier turned into a day she’d never forget. It was June 2016, and Samantha was spending her days flying air tours, doing wildlife surveys, wine tours, and drying cherry trees by helicopter. That morning she got a phone call at around 2 a.m. informing her that her sister, Savanna, was involved in an ATV accident while camping in the mountains in Colorado, and had sustained life-threatening injuries. From there, everything changed.

“It was pretty traumatic for my family,” said Samantha. “You go from living happy, healthy lives, to all of a sudden everything has been turned upside down.”

Prior to working in Wenatchee — and while she was going through flight school to obtain her rotorcraft add-on in addition to her fixed-wing pilot’s license — Samantha worked at the front desk at Northern Colorado Regional Airport, and also assisted with aircraft refueling. There she met a UCHealth LifeLine flight crew based out of Medical Center of the Rockies in Loveland, Colorado. (UCHealth LifeLine, formerly known as Air Link, is an air and ground critical transport system, which utilizes helicopters operated by REACH Air Medical Services.) After getting on the first flight to Denver to see her sister, who was in a coma in an intensive care unit (ICU), Samantha learned that the Air Link (now LifeLine) crew she became friends with years ago was the same flight crew that transferred Savanna to the ICU.

“The pilot I knew well, and both the nurse and paramedic who worked on my sister and saved her life that night, I knew very well,” said Samantha.

“My last memories [from that day] were that it was still daylight… we were setting up camp and gathering firewood,” recalled Savanna. “And then I woke up in the hospital being told that I sustained very serious injuries. My first visuals were seeing my sister and my family standing around a bed. . . . It’s still a very scary thing to process that I went through.”

After Savanna was discharged from the hospital and worked through her recovery, the Poirier sisters went to Loveland to visit and say thank you to the crew that saved Savanna’s life.

“I remember feeling like I couldn’t quite thank them enough,” said Samantha. “And it just clicked in my head that I had to repay this. Being a pilot, I know I was always interested in [air medical], but it’s a far-fetched career because it has specifications and certifications. And at the time I didn’t have my instrument rating, so that was a huge thing that I had to go back to school for — which was time and money. As well as getting the needed flight hours.”

After spending time building her flight hours by flying her familiar air tour and cherry-tree drying jobs, Samantha got her instrument rating and applied for jobs with three different air medical operators, eventually ending up at REACH — a service close to her heart, which she said had a great management team.

“I told them my goals and said I would eventually want to be back in Colorado — it’s a pretty highly desired state to work in,” said Samantha, “and they understood that and took that into consideration.”

While on her way to REACH’s main headquarters in California, another phone call changed things for Samantha in a positive way. She got re-based to Loveland — the base that was home to the crew who saved her sister’s life, and also a base that Samantha described as a “far fetch.”

“There are only four pilots who work at this base, it’s a really low-turnover base . . . so it was just one of those meant-to-be sort of deals,” she said.

The Loveland base, located at UCHealth Medical Center of the Rockies, is known as LifeLine 1, and utilizes a REACH Airbus H125 to respond to critical care calls. It’s a hybrid base with UCHealth LifeLine, meaning “the med crew works for UCHealth, and the pilot, the mechanic, and the helicopter is owned by REACH; it’s a little bit different than most bases,” explained Samantha.

A second base, LifeLine 2, is located at UCHealth Memorial Central Hospital in Colorado Springs, and also utilizes a REACH H125.

Samantha’s base transfer brought her into the UCHealth family where, unbeknownst to her, she made history — becoming the service’s first female pilot.

“If you were to say, ‘Describe it in one word’… it’s honorable,” said Samantha. “I’m just very proud to be able to be that first person. As well, I grew up here . . . in a hometown that’s just five miles south of this base, as well as the hospital that saved my sister’s life. There are just so many little things that make me extremely proud to be able to pave the way and be the first female here.”

Working with REACH in Loveland, Samantha was required to complete various courses, including mountain flying and night vision goggle training, before she was able to start working the line. Her first three months at the base, Samantha was flying the same aircraft that transferred her sister — an AS350 B3+. While she works with different flight nurses and paramedics every day, her very first flight coincidentally was with her sister’s life-saving crew, flying that same AS350 B3+.

“It was pretty ironic that the first time I transferred a patient, it was with my sister’s same crew and the same helicopter,” Samantha added.

She also had the honor of ferrying that aircraft to California to retire it out of the company, landing the helicopter on the anniversary of her sister’s accident. Now, Samantha flies the H125, which was an update to REACH’s fleet.

There are two types of flights that the LifeLine 1 base carries out: inter-facility transfers, which means transferring a patient from a lower-level hospital to a higher level of care; and on-scene calls, which see the REACH aircraft land right at, or near the site of an accident — in an area that is safe for the crew and helicopter.

The LifeLine 1 base is situated at 5,000 feet, with 14,000-foot mountains just a 15-minute flight away. “You have to respect the mountains at all times,” said Samantha. “Even on a perfect, blue-sky day, you’re probably going to get rocked by turbulence.”

The H125 at the LifeLine 1 base has a complete glass cockpit with the Genesys HeliSAS autopilot system, which Samantha said “helps take some pressure off of us when we’re in an intense situation.” Working with a great medical crew helps, too.

“The med crew here is phenomenal, they’re second family to me,” said Samantha. “The facilities and the program manager, they’re all second to none. And flying one of the nicest helicopters in the industry is also amazing.

“Being able to give back is truly what it’s about for me, though,” she added. “I took this job because a crew like the crew I’m a part of changed my family’s life forever. When a patient’s family comes back in, and then shakes my hand and says thank you for saving their life . . . that’s truly my payday.”

For Samantha, she couldn’t have asked for anything more. “I love working for REACH and working with UCHealth,” she said. “Do I want to transfer bases? Absolutely not. I’m 100 percent where I hope to finish out my career.” 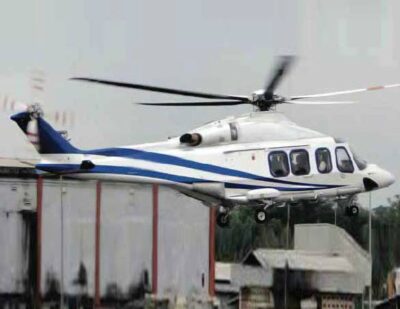 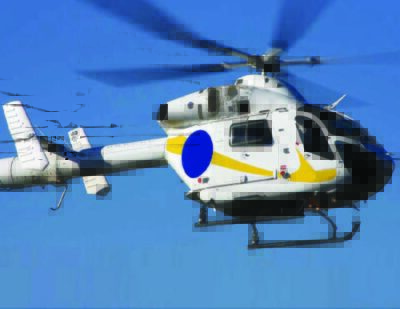 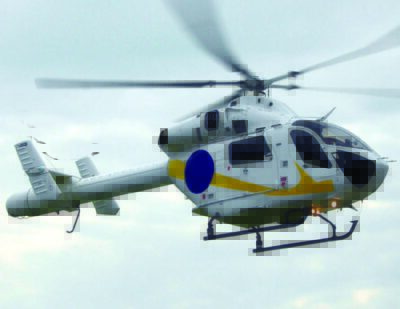 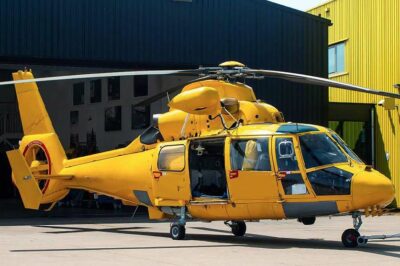 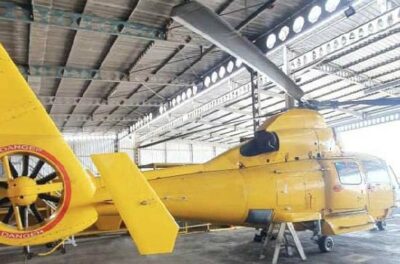