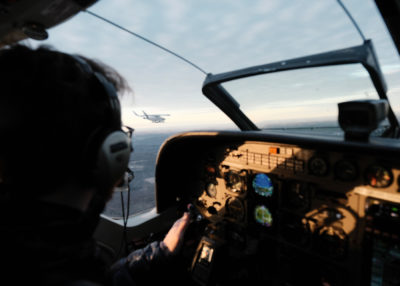 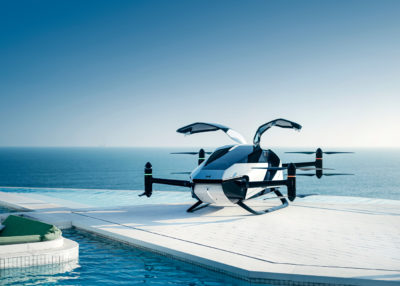 Prague-based hybrid-electric VTOL developer Zuri has released footage of its first tethered hover test of its technology demonstrator in September.

“The first flight test was a short hover up to three meters above ground where we verified that the whole system has sufficient power, and the flight control unit allows a reliable and stable operation,” said Michal Illich, founder of Zuri. “The next planned test will go up to five meters, with testing of altitude changes and controllability of other axis.”

The company claims it has already verified several generations of scaled models, conducting dozens of flight tests in all flight modes. Zuri recently conducted ground testing on a large-scale demonstrator at an airport near Prague in July, before moving on to its first tethered hover test in September. The large-scale demonstrator has a wingspan of 11 meters (36 feet) and is at 90% scale.

Zuri has been developing a hybrid-electric VTOL aircraft for regional advanced air mobility since 2017. Its aim is to transport passengers and cargo at distances exceeding 700 kilometers (435 miles). The final hybrid-electric VTOL will have four to five seats, including the pilot, and is targeting a cruise speed of 300 km/h (185 mph) or more.

The company told eVTOL.com that it still has about two years of development before starting its certification process with the European Union Aviation Safety Agency.

Last month, the VTOL developer closed its current investment round, securing €1.3 million (US$1.5 million) for a total of €2.4 million (US$2.7 million) in funding. Zuri said it will use the funds to purchase additional manufacturing equipment and move on to the next development phase of its hybrid-electric VTOL aircraft.

Zuri claims to have non-disclosure agreements and partnerships with more than 40 companies in the eVTOL industry, but have not disclosed the details of those partnerships.