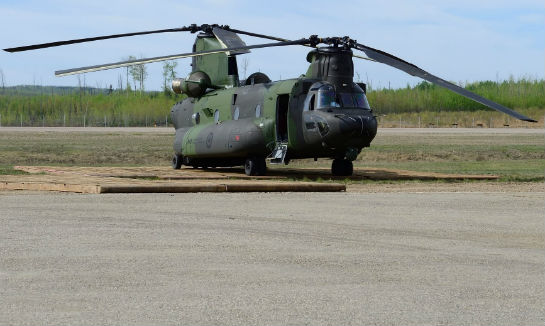 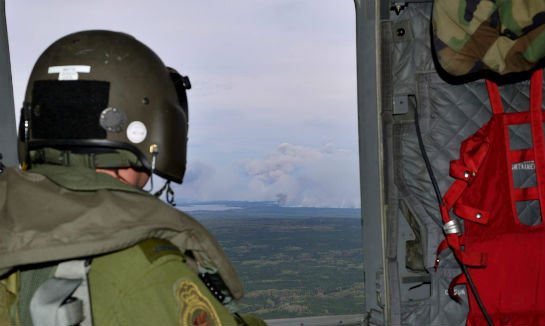 Cpl Greg Watts, flight engineer, observes wildfires near Fort McMurray from a CH-147F Chinook helicopter during the Canadian Armed Forces’ support to the Province of Alberta’s emergency response efforts. CAF Photo
“It brings me great pride to be a part of the first ever employment of the CH-147F Chinook in Canadian domestic humanitarian operations,” said LCol Kevin Kimpinski, Air Task Force Commander, Joint Task Force West. “The helicopter’s role is just another example of how Joint Task Force West is ready and able to help fellow Albertans affected by the wildfires.”
The CH-147F Chinook is an advanced, multi-mission, medium to heavy-lift helicopter. Its primary mission is the tactical transport of equipment and personnel during domestic or deployed operations. The versatility, impressive capacity and extended range of the Chinook make it ideal for operations in Canada’s vast territory and demanding environment.
News from the Web

Pilot in fatal crash was not medically certified