Created in 2000, the Polish Medical Air Rescue (LPR, Lotnicze Pogotowie Ratunkowe) is one of the most modern services of its type in Europe. Having started operations flying legacy Eastern-Bloc Mi-2s, fitted with medical equipment, these quickly proved impractical for the role and were soon replaced by Airbus H135s. Dedicated to providing the best HEMS service in the region, with a population of around 38 million people, the LPR has a staff of just 750, comprising 116 pilots, 138 doctors and 90 paramedics. Spread across 21 bases, which increases in number during the summer months, LPR’s 27 H135s have just reached the staggering total of 100,000 flying hours, which indicates how heavily the service has come to be relied on by the emergency services within Poland.

“During the height of COVID Warsaw’s emergency response was heavily overloaded. This caused an increase in the number of HEMS missions within the area of the city. One morning we were dispatched to a motorcycle accident which occurred in a busy city centre. We knew right away that this would be a very challenging mission – landing, keeping the helicopter area safe, and managing a crowd that is trying to help but can in fact be a hindrance. We reached the GPS destination point and started looking for an accident scene. We spotted a crashed motorcycle and some people around a motorcyclist who was lying prone.

“The lower we got the more obstacles we noticed. Both the doctor and HEMS crew had their doors open and were looking down to assure a safe landing. The area was restricted by tram lines, electrical wires, a bus stop, and cars. We hovered at about 30 feet until the firefighters confirmed that all the pedestrians were clear and there were no loose objects. The pilot resumed the approach and within seconds the skids were on the ground. The doctor rushed to the scene and the pilot stopped the blades and waited.

“The patient was unconscious and initial trauma examination suggested serious internal injuries and a forearm fracture. The motorcyclist was put on a spine-board, and to save time, we transported the patient by helicopter for the ten-minute flight to the hospital. A trauma team was waiting for the HEMS crew and the motorcyclist was taken directly to the operating theatre where after surgery they made a full recovery.”

The motto of LPR is – ‘we fly to help’ and with the mission described above, which is almost a daily occurrence the H135s, look set to only increase their flying hours in the years to come.

Over the last three years LPR’s pilots, doctors and paramedics have flown 35,000 primary and secondary missions, completing 24,498 flying hours. This means that every hour an LPR helicopter is saving the life of someone in Poland.

“In order to respond to so many missions, where people’s lives are often in danger, the helicopter’s reliability is paramount. That’s why with its up to 99 percent availability, cost-efficiency, and simple maintenance program, the H135 is the perfect fit for HEMS operators such as LPR” says Stefan Bestle, Key Segment Manager for HEMS at Airbus Helicopter. 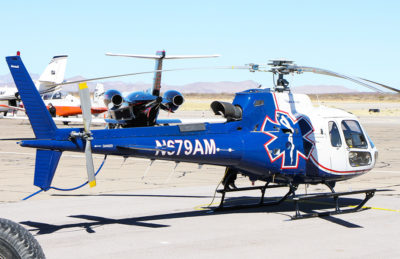 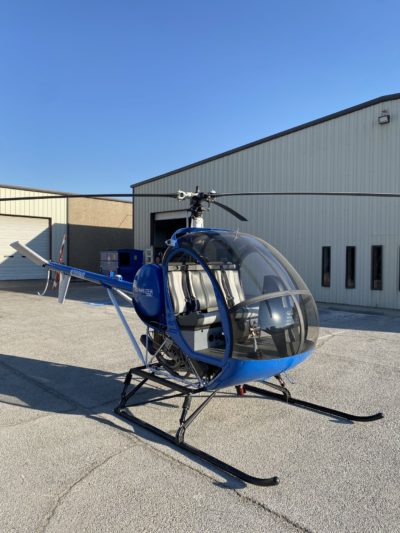