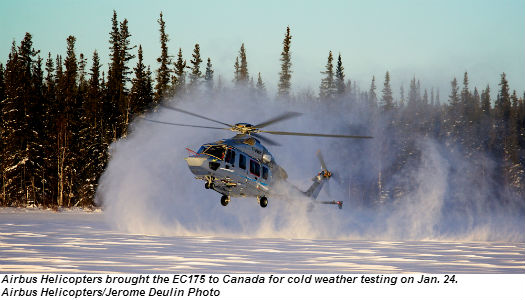 In late January, Airbus Helicopters brought the new seven-ton EC175 to Canada for cold weather trials.  Ferried from France to Canada aboard an Volga-Dnepr Airlines Antonov An-124, the aircraft arrived in Edmonton, Alta., on Jan. 24 with a team of 14 people, including test pilot Olivier Gensse, two flight test engineers and other support people from the EC175 program. The aircraft was re-assembeled and flown to Yellowknife, N.W.T. where cold weather testing was expected to be completed within three weeks.  The aircraft was supported by Airbus Helicopters in Canada as well as Great Slave Helicopters, who provided hangarage for the aircraft. 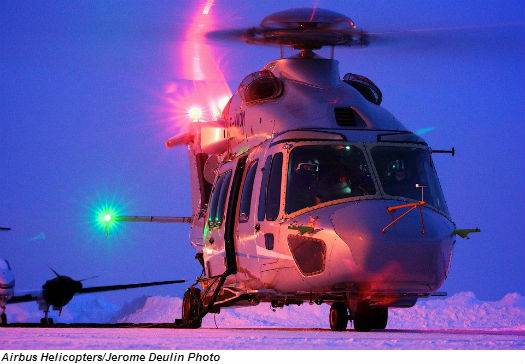 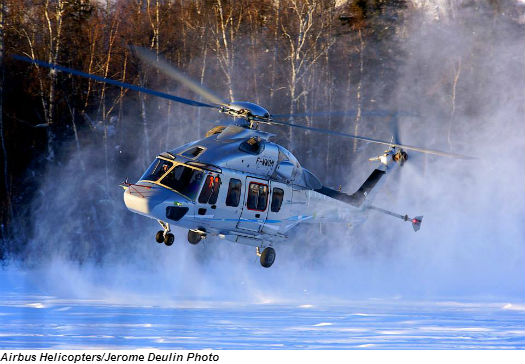 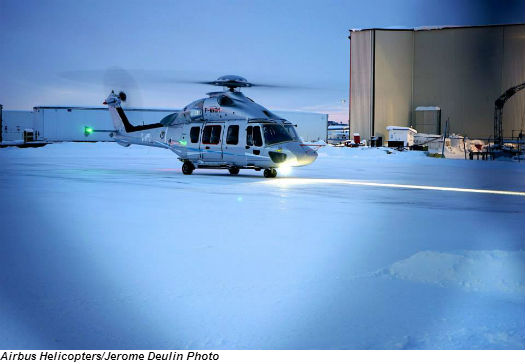