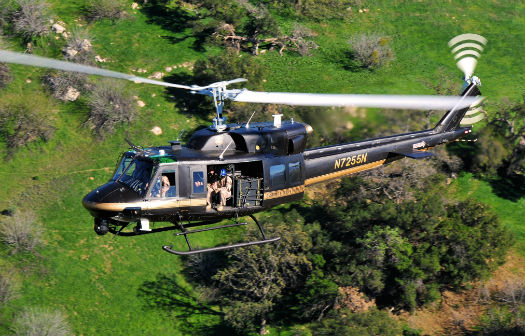 Completed by Rotorcraft Support Inc., eight former United States Marine Corps Bell UH-1N Twin Hueys are getting a new lease on life with the U.S. Customs and Border Protection.
Some of the most versatile helicopters ever flown by the United States Marine Corps are getting a new lease on life, with the refurbishment of eight UH-1Ns for U.S. Customs and Border Protection (CBP). The agency took delivery of its first rebuilt UH-1N on Feb. 10, 2015, with the second aircraft scheduled to be delivered in April, and the remaining helicopters to be delivered at six-month intervals until the program’s completion in 2018. Here, we take a closer look at the history of the UH-1N and the work that is going into returning these aircraft to useful service.
The Legacy
The Bell UH-1N Twin Huey (the military version of the Bell 212) was originally developed for the Canadian Forces (CF) under the designation CUH-1N. The airframe was based on a highly modified stretched Bell 205 fuselage. The CF approved the development of the aircraft on May 1, 1968, and the now-designated CH-135 first flew in April 1969. The CF purchased 50 CH-135s with deliveries starting in May 1971.
The U.S. Marines also acquired UH-1Ns, with the first of an initial order of 24 helicopters delivered at Naval Air Station Patuxent River on March 5, 1971. By the time of the last UH-1N delivery on July 18, 1978, the Marines had procured 157 of the aircraft. Over the next 43 years, there was almost nothing the UH-1N wasn’t asked to do for the Marines. The aircraft was always shipboard during Marine Expeditionary Unit (MEU) cruises; its duties ranged from serving as a weapons attack platform all the way down to flying transport and logistics missions. The UH-1N flew combat support during the Grenada invasion in the ’80s, Operation Desert Storm in the ’90s, and in Iraq and Afghanistan operations during the 2000s.
When the U.S. Marine Corps retired its fleet of UN-1N helicopters after 43 years of continuous service, there was an effort by different government agencies to secure airframes. One of the agencies able to obtain aircraft was U.S. Customs and Border Protection. Around 2012, the CBP’s Office of Air and Marine (OAM), recognizing that the UH-1N was still a useful platform, arranged to obtain eight stored airframes from the U.S. Navy and Department of Defense (DoD). Through DS2/PAE, Rotorcraft Support Inc. (RSI) of Van Nuys, Calif., won a contract to bring the eight UH-1Ns to its facility for overhaul. On Oct. 19, 2013, the first two UH-1Ns were trucked to Van Nuys from the DoD “boneyard” located at Davis Monthan Air Force Base in Tucson, Ariz. The final six airframes arrived early in 2014. 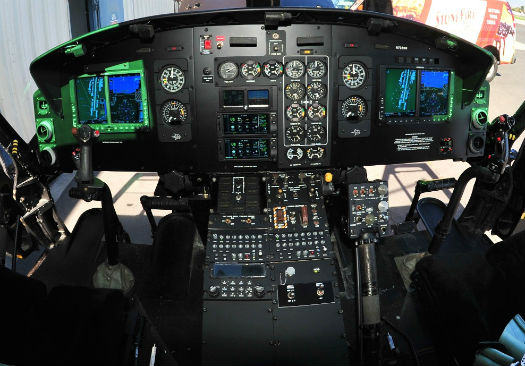 In the cockpit, RSI installed a custom night-vision-goggle (NVG)-compatible instrument panel featuring a Garmin G500H cockpit display.
Rebirth
The UH-1N with the registration N7255N was selected to be the first aircraft to go through the overhaul process, first undergoing detailed Phase A and B inspections using NAVAIR specifications. The inspections required the removal — and, as necessary, replacement — of all components including flight controls, fuel cells, instruments, avionics, and wiring. The entire drive system was overhauled, including the main rotor hub, rotor mast, swashplate, both tail rotor gear boxes, main transmission, and oil cooler assembly. Both main and tail rotor blades were inspected, repaired, and resurfaced. The Pratt & Whitney PT6T-3/T400 Turbo Twin Pac engines were inspected and run in a test cell for functional checks.
At the same time, the historical records of the aircraft were reviewed for discrepancies on parts life limits. The airframe was also “demilitarized,” with the chaff buckets removed from the tail boom and formation lighting removed. Covers were fabricated for the nose where electronic warfare equipment had been located. Structural repairs were made throughout the airframe to extend its life, and additional inspection plates were added to increase access for crews and maintenance personnel. The airframe interior and all compartments were cleaned, inspected and repaired, then painted a gloss white for ease of inspection and cleaning. To increase performance in hot-and-high conditions, the aircraft was equipped with a BLR FastFin and tailboom strake kit. 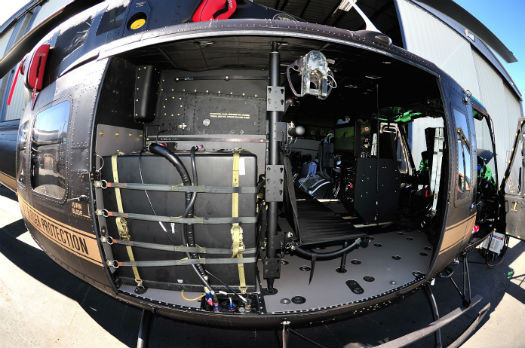 The first UH-1N during flight testing at RSI’s facility in Van Nuys, Calif.
Enduring Service
Vertical spoke with Jeffrey Teubner, RSI vice president of Quality and Technical Operations, about the UH-1N program. “It is an honor to have been selected by DS2 and Customs and Border Protection to execute this project; we are very proud of the results of the first CBP UH-1N,” he said. “Rotorcraft Support and DS2 are confident that N7255N is mission-ready, and we are very excited to see the UH-1N continue to serve the citizens of the United States.”
After the ceremony, N7255N departed for El Paso, Texas, to undergo an operational assessment. It will then enter service at McAllen, Texas. This aircraft and the remaining UH-1Ns will be employed for normal patrol and interdiction operations along the U.S.-Mexico border. They will also be used for the air mobility missions, or moving agents to wherever they need to go. 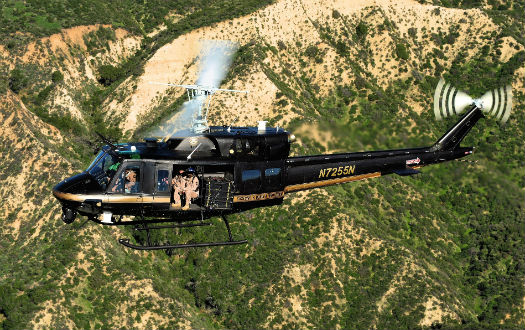 CBP’s first UH-1N is currently undergoing operational assessment in El Paso, Texas.  Once complete it will then be based in McAllen, Texas where it will be used for normal patrol and interdiction operations along the U.S./Mexican border.
With their cabin size and lift capability, the UH-1Ns are simply more capable than the light helicopters in CBP’s fleet. Their fast-rope capability will make them well suited for insertion missions and other special operations, while their FLIR Safire cameras, twin engines, and extended-range fuel tanks will allow them to safely perform nighttime surveillance missions and operations over water.
“The overhaul of these helicopters will provide years of reliable service to OAM and our mission partners,” said Kevin Boissonneault, director of OAM’s Logistics and Maintenance Division.
News from the Web