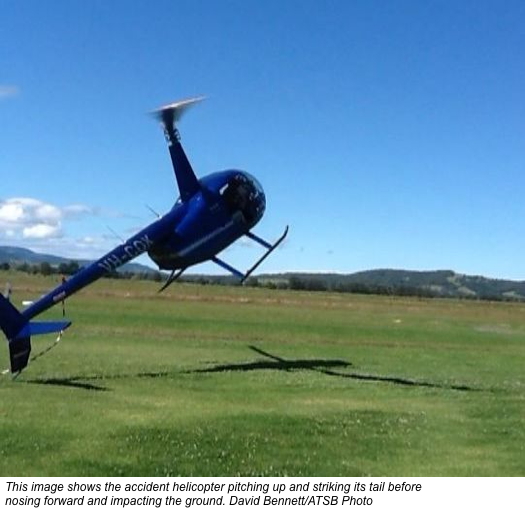 The crash of a Robinson R44 that killed two well-known filmmakers last year — and called attention to the fire risk posed by the R44’s aluminum fuel tanks — occurred when one of them lost control of the helicopter while trying to close an open door, the Australian Transport Safety Bureau (ATSB) has determined.
The ATSB has issued its final report on the Feb. 4, 2012 crash at Jaspers Brush Airfield in New South Wales, Australia that killed both people on board: noted Australian filmmaker and producer Andrew Wight, who was acting as pilot, and a camera operator, Emmy-Award-winning U.S. filmmaker and marine biologist Mike deGruy.
According to the report, the helicopter had just lifted off for aerial photography of the launching of a deep sea submarine in nearby Jervis Bay when the aircraft abruptly pitched up and then steeply nose-down, rolling to the right and impacting the ground. A fuel-fed fire started in the vicinity of the fuel tanks and lower mast area, fatally injuring Wight and deGruy and destroying the helicopter.
In investigating the crash, the ATSB used a witness’s video footage of the accident sequence, which showed that Wight’s door opened as the hovering aircraft turned for departure, and Wight reached out an arm in an apparent attempt to close it. The ATSB surmised that Wight probably let go of the cyclic control from the normal (right) control hand in attempting to shut the door, allowing for the abrupt nose-up pitch and tail strike that led to the helicopter impacting the ground.
“This accident highlights the importance of ensuring all doors are secured prior to takeoff,” the ATSB writes. “That said, the opening of a door in flight will not normally affect the operation of an R44, but the instinctive reaction to immediately deal with such an event can be quite strong. Pilots need to be aware that this reaction may be hard to overcome and in the event of an unexpected situation . . . it is vital that pilots should continue to ‘fly the aircraft.’”
Shortly after the Jaspers Brush accident occurred, the ATSB issued a safety advisory notice urging owners of R44 helicopters with all-aluminum fuel tanks to speed up the process of replacing them with the crash-resistant, bladder-type fuel tanks originally recommended by Robinson Helicopter Co. in a 2010 service bulletin. Then, Robinson revised the service bulletin to move up its recommended compliance date (originally Dec. 31, 2014) to April 30, 2013.
In April of this year, in response to similar R44 accidents involving post-crash fires, Australia’s Civil Aviation Safety Authority (CASA) issued an airworthiness directive making replacement of the model’s aluminum fuel tanks mandatory. According to the ATSB, the United States Federal Aviation Administration (FAA) is not taking similar corrective action, finding that “R44 fuel system crashworthiness does not appear inconsistent with other similar helicopters” (although the FAA did issue a special airworthiness information bulletin urging compliance with the Robinson service bulletin).
The complete accident report can be found by clicking here. 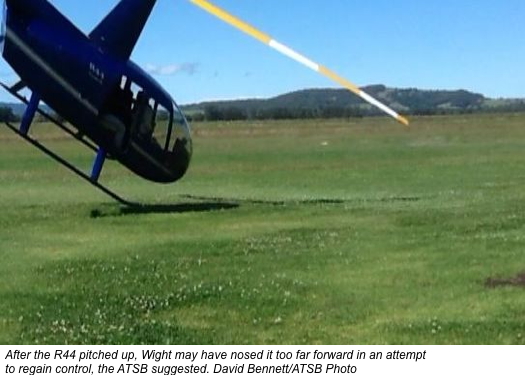